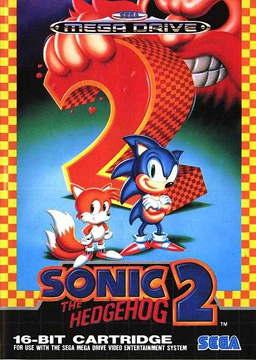 As corny as it sounds I have been playing video games for as long as I remember. My earliest memory is visiting my Aunt’s house often because she owned a Sega Genesis and a Playstation. I used to play Sonic the Hedgehog 2, Tomb Raider and Crash Bandicoot all the time. There was also an old restaurant called Shooters that my parents took me and my brother often, they owned an arcade of a King of Fighters or Street Fighter (I cant remember the actual game). My mom would tell me stories of me at the age of 4 or 5 not wanting to leave until I would win against my brother who is six years older than me. (I only found out recently that my brother would let me win)

My parents always thought me playing video games was a problem because I was never a social kind of person, but it helped me cope with anxiety when I was younger. Playing video games just kind of took me out of whatever problems I was dealing with at school.

One thing different about society today then when I was younger is “nerd” culture wasn’t popular. So if you mentioned you were into things like anime and video games people made fun of you, a lesson I found out the hard way after making a 6th grade presentation on how to play Dragon Ball z Budokai. Soon as I went into junior high school I decided to hide things I was into and get into sports like everyone else was.

My sophomore year in high school I decided to go to a tournament for the video game super smash bros. brawl. I can say that experience was one of the best in my life so far. I was only there for three hours and only played two matches but interacting with people who went through the same things I did was really eye opening for me. The veteran players showed me things and I made a lot of friends there. I always thought I was just a weird kid who had to pretend to be something I’m not but having that experience just made me feel at home. Ever since then I would go to more whenever I had the chance and some people even saw me as a threat to some of the more notable players that would attend.

Most people see video games as a time waster (which it should be) but for me I was able to get through some difficult times in my life and gain confidence through competing against other people with similar interest.